During the pandemic, I found my way back to theater. Commissioned for Lower Depth Theatre Ensemble’s “Pandemic Plays”, the experience of writing and presenting “For the Love of You” helped get me through this tough time.  A few other notable moments included becoming a new member of Antaeus Playwrights Lab, where I’m working on “New Dawn”, a radio play about white supremacy as my effort to speak up during this current turbulent shift toward equality. I was also commissioned to write, “End of the Line” (Dir: Gregg Daniel), a radio play for Antaeus’ season two of the hugely successful Zip Code Plays. Additionally, having been accepted to Circle X Theatre Evolving Playwrights Group, I began working on a new play, a ghost story of sorts based upon unexplained fertility. I was also recently accepted to Moving Arts MadLab 2021cohort and I will be developing a new piece tentatively titled “FKA Meridian” about a black woman who is coming undone; she is hanging on by a thread and her need to be seen is pushing her out of real life into a different one…one that leaves her purposely living in her car and finding herself in the complicated simplicity of slowly letting go.

Dick & Jayne Get A Life // Dramedy 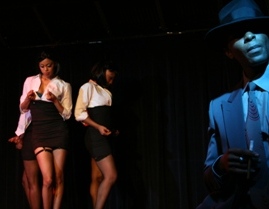 The Build UP // Environmental Theater 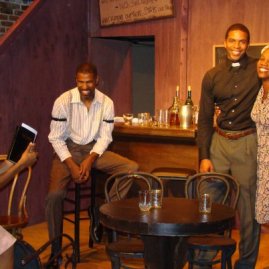 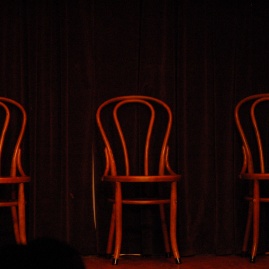